Mount Kenya is the highest mountain in Kenya and second highest in African continent after Kilimanjaro. The highest peaks of the mountain are, Batian (5,199m, 17,057ft), Nelion (5,188m,17,021ft), and point Lenana (4,985m, 16,355ft). The mountain is originally as referred as Kirinyaga by the local GEMA community who live beneath its highlands, it means the realm of our God(Ngai or Mwene Nyaga).
The two highest Summits on this mountain are multi-pitch technical climbs that requires good acclimatization and fitness, lot of high technical climbing gears and the associated skills plus a qualified and experienced technical guide. Check Mount Kenya Rock Climbing. The most ascended Summit is point Lenana, the highest peak tackled without technical support.

Mount Kenya is a critical biodiversity hotspot-important bird area, World Heritage Site, National park and National reserve. We regard it amongst the most scenic mountains in the world as it boosts from its razor-shaped peaks, permanent glaciers, many high altitude lakes/tarns, rivers, waterfalls, rainforests, various large and small wild animals which spice up the hiking environment to be superb.

The mountain remains accessible throughout the year as even during the long rains, there is usually reliable sunshine for a good portion of the day. Though from January to March and June to October are mostly common hiking seasons. Rock climbing the highest peaks varies on which period of the year as the mountain lies on the equator. Climbing Batian peak from North face standard route is in condition from June to mid October whereas climbing Nelion peak South east face normal route is in condition from mid December to March. Temperatures vary considerably with height and weather. Daytime temperatures ranging from 5 to 15 degrees while during the night time and on the Summit, be prepared to temperatures well below freezing. Hiking Mt Kenya takes a duration of 4, 5, 6, whereas rock climbing takes 6 to 9 days to complete.

The mountain has three main trekking routes namely; Chogoria, Sririmon and Naromoru routes among others that are less commonly used by hikers like; Kamweti, Burguret and Timau routes. Each route has different hiking grade variations and environments to offer. There is also a Peak Circuit trail which circumnavigates the main peaks from base camps.

Chogoria route is located on the east ward side of Mt Kenya. It is the most spectacular route with photogenic landscapes, high altitude lakes and higher chances of spotting wildlife. The route becomes more enjoyable accessing it upwards making campsites at designated scenic points. Most of the route is exclusively on camping bases although the route also offers Mt Kenya lodge with hot showers and a bonfire.

Sirimon route is famous for its easy hiking grade and is on the drier side of the mountain with best on acclimatization options. The route also offers bunkhouses at each camp for those not intending sleeping in tents. As this route is more less steeper than the others, it is characterized with more people in camps.

Naromoru route is on South western side of Mt Kenya and is the shortest in distance to the summits and less crowded among of all other routes. The hiking trail is steep with vertical bogs section along the wide Tereki valley. From Austrian Hut at 4,790m to Lenana summit, the trail gets more steeper and rocky, thanks to the worlds highest via Ferrata in place. Sleeping huts are clean and tidy.

At Spiky Tours, we make all the required arrangements from hotel bookings, transportation, porters support, guides and cook services, meals and itineraries that will suit you. Engage us with a chat to yield that lifetime Mount Kenya trekking experience. 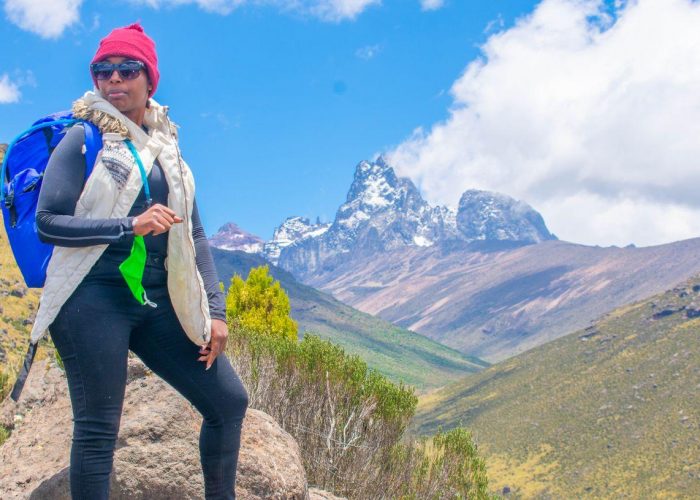 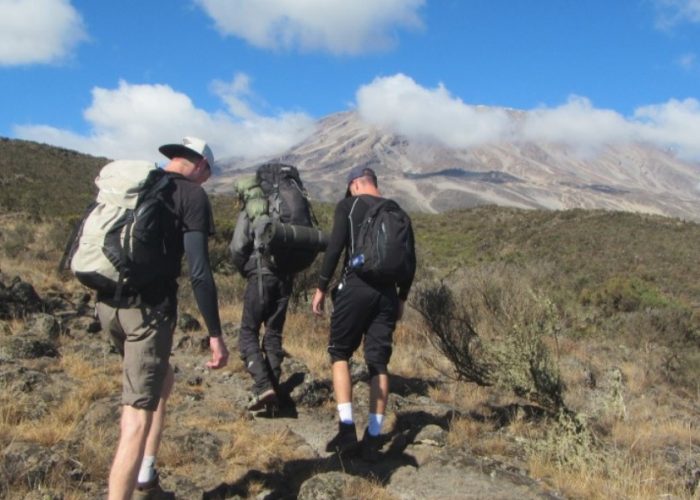 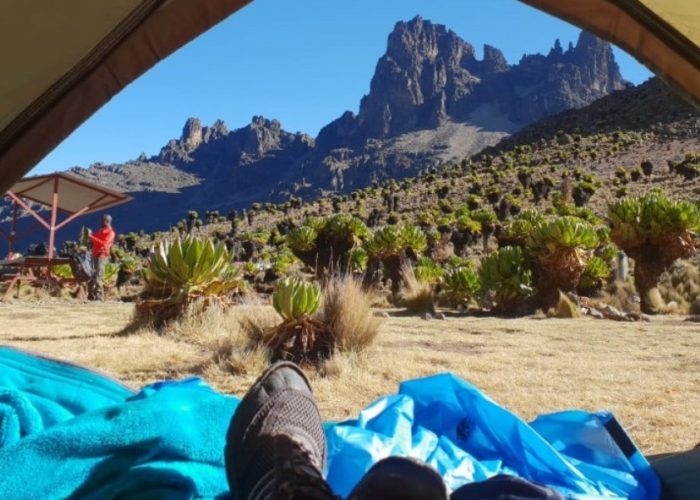 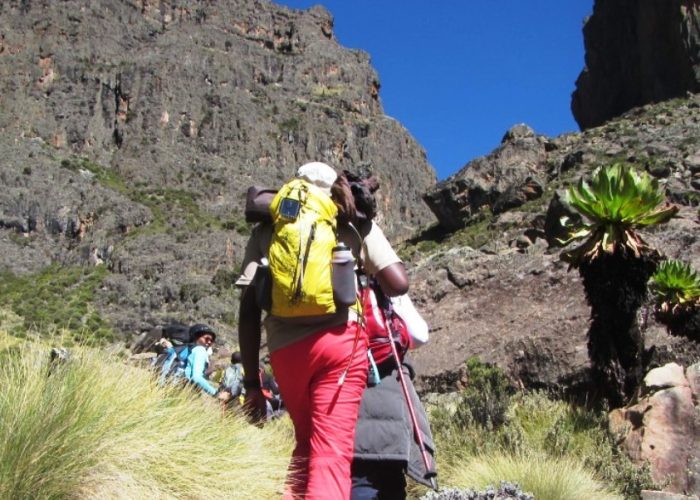 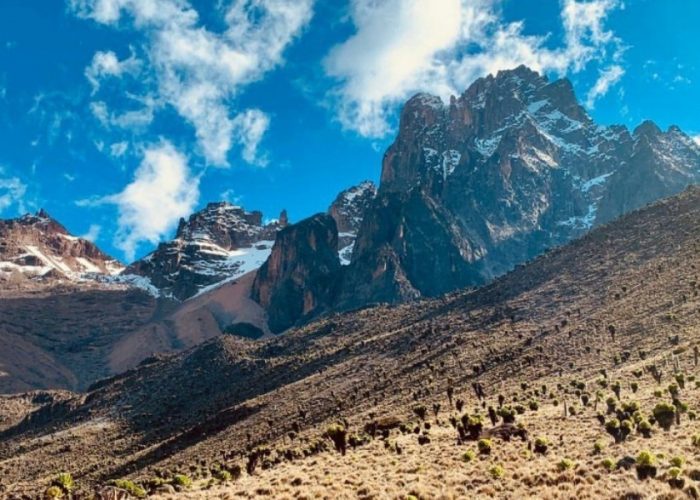 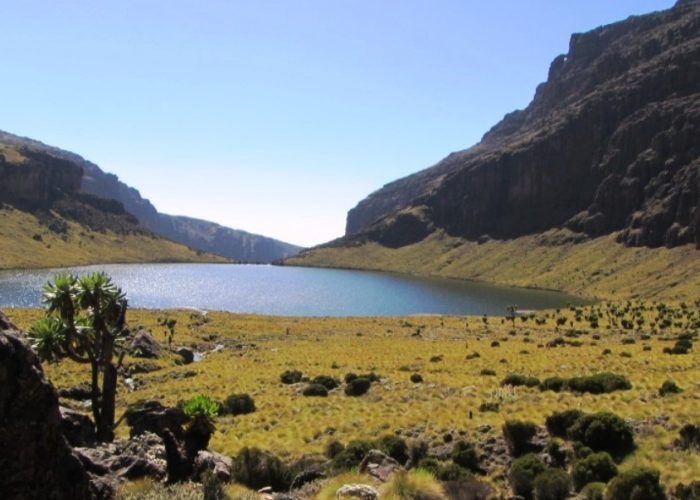 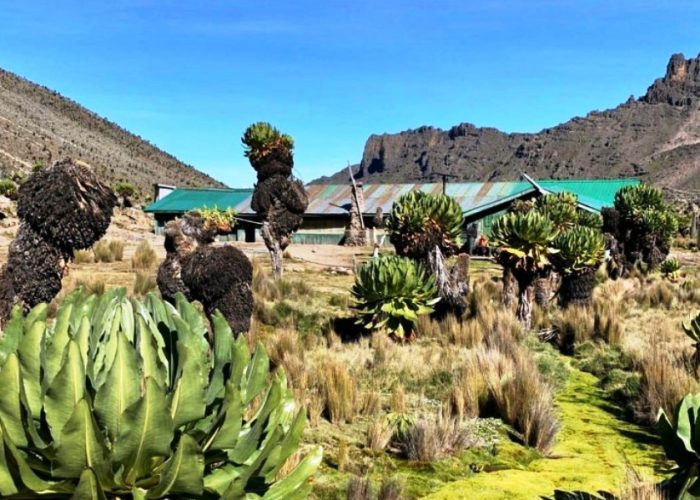 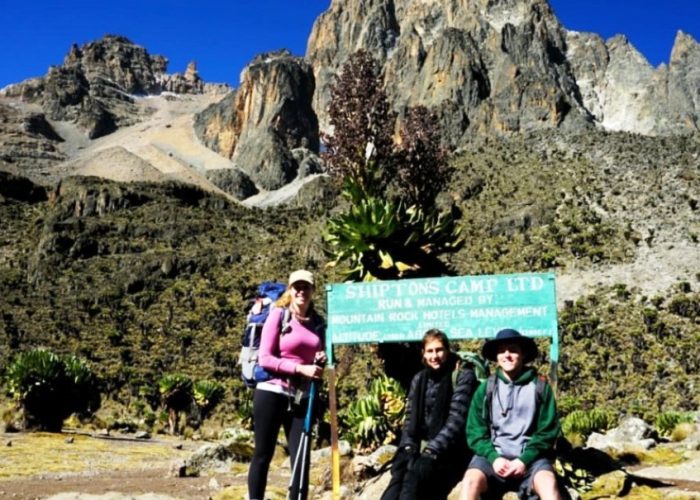 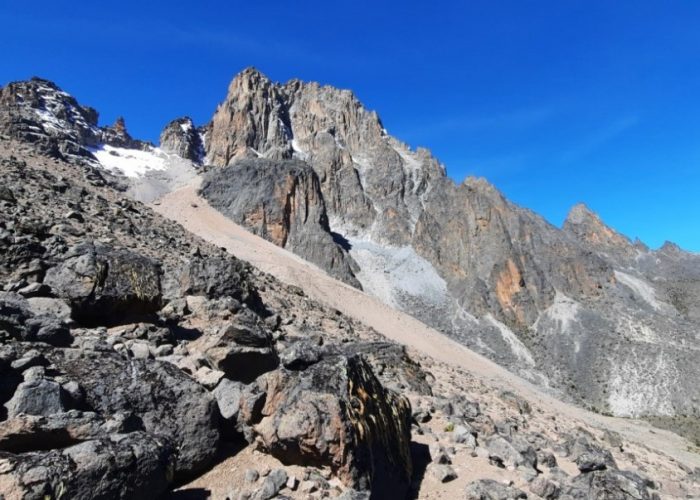 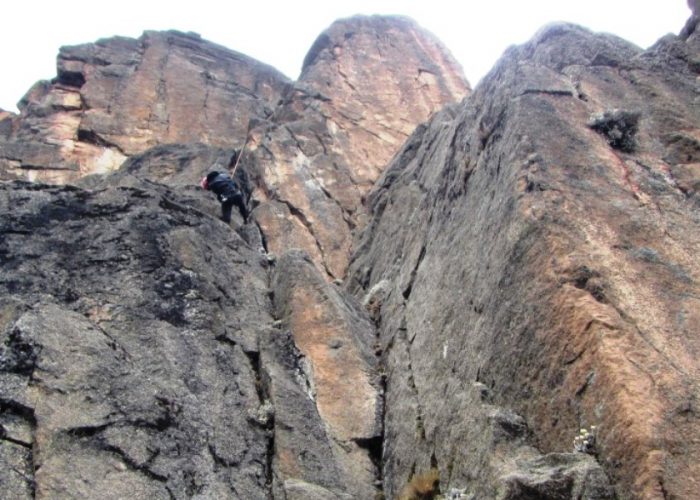